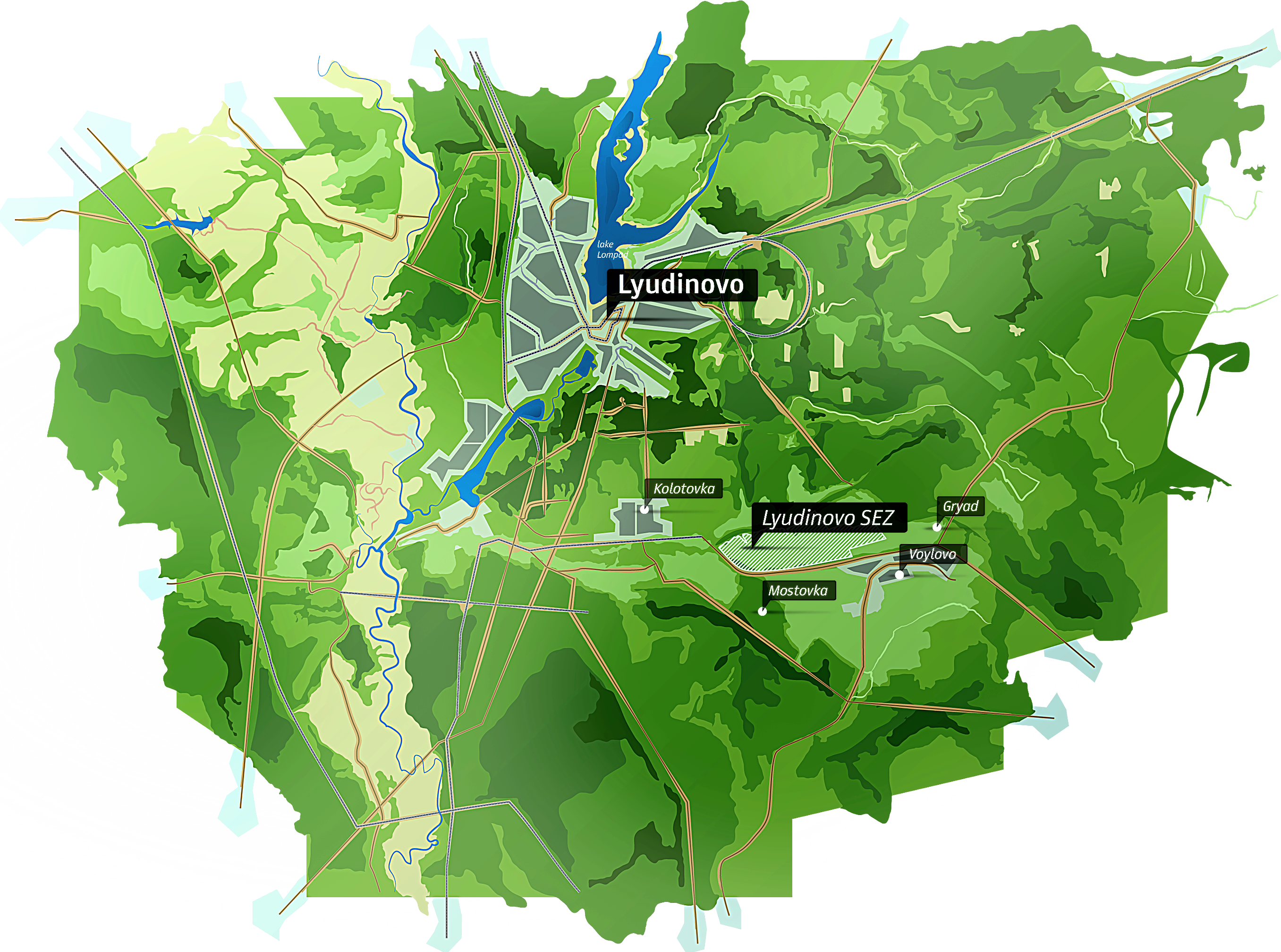 Lyudinovo and Lyudinovo District Central Clinic includes polyclinics for adults and children, a dental clinic, a hospital (9 departments), and 16 rural medical posts. There is also a municipal polyclinic in the Sukreml residential area.

There are 2 stadiums, 17 gyms, including two large ones, 2 surfaced sports grounds, and the Sputnik sanitarium.

There are 4 hotels, 4 restaurants, about 15 cafes and bars, 2 movie theaters, and 1 museum.

Borovsk District area equals 75,956 ha, it accounts for 2.6% of the entire Kaluga Region territory. The distance between western and eastern borders of the district is 50 km, between northern and southern borders - 25 km. Agricultural companies and farmers own 36,537 ha, including cultivated land — 25,514 ha (plough land – 21,452 ha).

Moscow – Kiev federal highway and a highway connecting Minsk and Warsaw highways cross the district’s territory  as well as a railway (16 km) with two stations, Vorsino and Balabanovo.  Apart from that, there is an airfield in the district with a runway suitable for all types of airplanes.

Borovsk District is located at a 80-km distance from Moscow. It has vast land plots, large timber reserves, The district infrastructure and transportation system are well-developed. This is one of the most promising districts of Kaluga Region in terms of implementation of various investment programs, especially in the field of light industry, SMEs and tourism development.

There are the following municipal education institutions in Borovsk District:

Borovsk District witnesses the rapid development of tourism: there are 120 tourism industry facilities and 28 agro tourism centers. The list of the most acute priorities includes the increase of the regional tourism services market competitiveness, preservation of historical and cultural heritage as well as development of areas promising for tourism sector promotion.

Companies, leasing land plots in the special economic zone, own facilities built by them. They also enjoy a right to purchase the land plots under their facilities.   The land plot price is determined by the land plot owner pursuant to the Land Code of the Russian Federation.